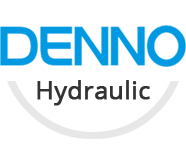 Use of Hydraulic Machinery

The principle of hydraulics is based on Pascal's famous theory. It states the pressure of the liquid produced in an enclosed structure has the capacity of releasing a force up to ten times the pressure that was produced earlier.

Some of its uses are:

• The heavy- duty machines make use of the hydraulics system that is often seen at construction sites and other excavations. A large machine such as the excavator may weigh anything around thirty tons but it has the capacity to move around easily and carry mud weighing about two tones without any difficulty. An excavator has a motor for each of its tracks and a motor for swinging its huge arm that all runs on the system of hydraulics. Other construction vehicles making use of hydraulics system include the loading machines, also known as the skid. This machine makes use of 3 pairs of hydraulics pistons and also hydraulics motors on each of its four wheels. Another vehicle that we often see in our daily routine are the garbage dump trucks. They make use of all the hydraulic components. The only exception in its case is the use of telescopic cylinders that helps them to attain the feat of positioning the dump bucket to an almost vertical stance to allow the garbage fall over.